One of the most powerful emulators for Android 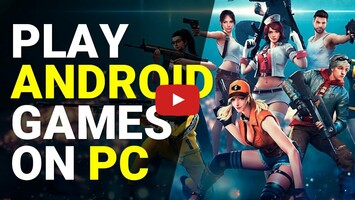 Advertisement
Nox App Player is an emulator for Android that lets you use practically any app from this operating system from the comfort of your computer. We're talking about even the most popular apps like Clash of Clans, Instagram, Subway Surfers, Kitchen Stories, and Tubemate.

This program lets you use practically any app from the immense Android catalog. Plus, this version of the operating system is possibly one of the most used and widespread, making it familiar to almost all users.

One of the great strengths of Nox App Player is its external setup options. The most noteworthy being the option that lets you 'root' the emulator. Once you do this, you can drag content like photos or APKs directly to the emulator's window. This means passing a photo from the computer to the emulator (or vice versa) is as simple as dragging and dropping a file.

Another interesting option is the customization of the controls. When you run any app, you can create customized controls in a simple and intuitive way. In less than a minute, you can configure your keyboard so it adapts to ANY Android game. You can even find special options for shooting games.

Nox App Player is a powerful Android emulator for Mac that lets you enjoy thousands of apps created for the most widely used mobile operating system in the world.
By Álvaro Toledo
How to play Lineage 2 Revolution for Android on PC

The release of Lineage 2 Revolution on an international level was an event that fans of Asian MMORPGs had been waiting for, being able to finally play one of the most complete (and challenging) games of the genre adapted for touchscreen devices. However, due to the number of hours that users tend to spend playing games of the genre, and the heavy battery usage of the app, it could be a good idea to play it on a PC using an emulator like Nox. Here, we'll guide you through the process of doing so, step by step.
See more

When you close it and turn off your computer it does not open again, I liked everything but except that: (

The initial reading remains 99% and does not proceed.